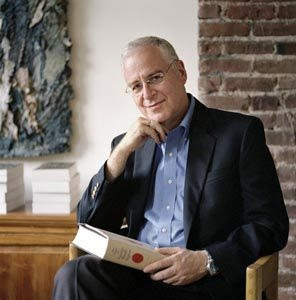 Louise Mirrer, President and CEO of the New-York Historical Society, announced today that Ron Chernow has been chosen to receive the Society’s sixth annual American History Book Prize for his most recent work, Washington: A Life (Penguin Press, 2010). The Historical Society will present Chernow with an engraved medal, the title of American Historian Laureate and a cash award of $50,000 at the beginning of its annual Weekend with History event, hosted by the Chairman’s Council, on April 8, 2011.

Ron Chernow’s previous books include The House of Morgan: An American Banking Dynasty and the Rise of Modern Finance (for which he received the National Book Award), The Warburgs: The Twentieth-Century Odyssey of a Remarkable Jewish Family, Titan: The Life of John D. Rockefeller, Sr. and Alexander Hamilton.

Roger Hertog, Chairman of the New-York Historical Society’s Board of Trustees, stated, “With his studies of Hamilton, Rockefeller, the Warburgs and the House of Morgan, Ron Chernow has become the biographer’s biographer. His Washington will undoubtedly become the definitive life of our first President.”

“How can I not be thrilled to receive an award bestowed by a jury that includes distinguished historians under the auspices of one of our foremost historical societies?” Chernow asked. “We are living through an unusually rich period of historical writing, and I have no doubt that the field was crowded in 2010 with many worthy competitors for the prize.”

Washington: A Life was selected from a pool of 99 submissions made by a committee comprised of historians and New-York Historical Society leadership.

In its award citation, the award jury stated, “Ron Chernow’s Washington: A Life is an exceptionally well-written book and offers a truly fresh perspective on the personality of Washington, bringing him to life and paradoxically making him more sympathetic because of the faults (vanity, aloofness, ambition) that are delineated.”

Pam Schafler, Vice Chair of the New-York Historical Society and Chair of the Chairman’s Council, added, &#8220We are delighted that Ron Chernow is being recognized for this latest biography, which joins his distinguished body of work. His remarks are sure to be a highlight of our Weekend with History gala dinner on April 8.&#8221

Now being presented for the sixth year, Weekend with History offers participants the opportunity to engage in two days of presentations and informal conversations with leading historians and cultural figures. The event is hosted by the Chairman’s Council, comprised of the Historical Society’s most committed supporters. Individuals may be invited to join the Council by Trustees and senior staff of the Historical Society and by existing members of the Council.

The American History Book Prize was previously awarded during Weekend with History to Doris Kearns Goodwin for Team of Rivals: The Political Genius of Abraham Lincoln– David Nasaw for Andrew Carnegie– Daniel Walker Howe for What Hath God Wrought: The Transformation of America, 1815–1848– Drew Gilpin Faust for This Republic of Suffering: Death and the American Civil War– and Gordon S. Wood for Empire of Liberty: A History of the Early Republic, 1789-1815.

An honors graduate of Yale and Cambridge, Ron Chernow has received wide acclaim for his deeply researched yet vivid explorations of the course of individual lives within the structures and institutions of American history. In addition to winning the National Book Award, Chernow received the prestigious George S. Eccles Prize for Best Business Book for The Warburgs and was nominated for a National Book Critics Circle Award in biography for his lives of both John D. Rockefeller and Alexander Hamilton. Alexander Hamilton was also the first recipient of the influential George Washington Prize for the year’s best book on the founding era.

For more information on Weekend with History or the Chairman’s Council, please contact Corrie Manis at 212-485-9221 or [email protected]