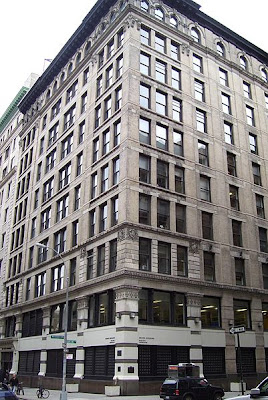 The New York Times City Blog has been running a series of posts commemorating the Triangle Shirtwaist Factory Fire, which happened 100 years ago today on March 25, 1911.

There are links to the posts below, but first, here’s a brief description of what happened from Wikipedia: &#8220[The Triangle Fire] was the deadliest industrial disaster in the history of the city of New York and resulted in the fourth highest loss of life from an industrial accident in U.S. history. The fire caused the deaths of 146 garment workers, who either died from the fire or jumped to their deaths. Most of the victims were recent immigrant Jewish and Italian women aged sixteen to twenty-three.&#8221

&#8220Many of the workers could not escape the burning building because the managers had locked the doors to the stairwells and exits. People jumped from the eighth, ninth, and tenth floors. The fire led to legislation requiring improved factory safety standards and helped spur the growth of the International Ladies’ Garment Workers’ Union, which fought for better working conditions for sweatshop workers.&#8221

Here is a round-up of the City Room’s outstanding coverage:

Liberating Clothing Made in Confinement

A Half Hour of Horror

A Frontier in Photojournalism

One Woman Who Changed the Rules

Labor Laws and Unions in the Fire’s Wake

In a Tragedy, a Mission to Remember

Garment Work in New York 100 Years After the Triangle Fire

In Search of Today’s Sweatshops

One thought on “Coverage of 1911 Triangle Factory Fire”