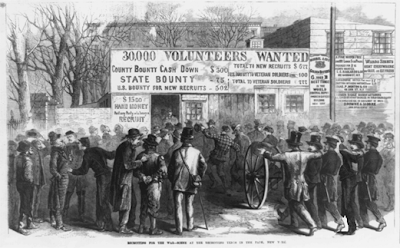 Town and village historians as well as historical organizations and individuals who may have a stake in creating an appropriate series of commemorative events for the Civil War sesquicentennial in Essex and Clinton counties are invited to join a meeting this week to coordinate possible events. Although the anniversary is fast approaching, there is as yet no commission or even an informal group organizing events in Clinton County.

Amanda A. Palmer, chairperson of the Adirondack Coast Cultural Alliance (ACCA) (and also Director/Curator of the Alice T. Miner Museum) and Jim Brangan of the Champlain Valley National Heritage Partnership are calling for coordinated events among local organizations, historians, towns, villages as well as with Vermont and groups south of Clinton and Essex counties.

The sesquicentennial will be the major item on the agenda of the next meeting of the Adirondack Coast Cultural Alliance (ACCA), scheduled for 8:00 a.m. on March 16 at the United Way on Tom Miller Road in Plattsburgh.