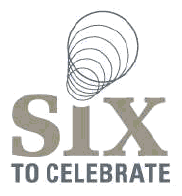 The Six were chosen from applications submitted by neighborhood groups around the city on the basis of the architectural and historic merit of the area- the level of threat to the neighborhood- strength and willingness of the local advocates, and where HDC’s citywide preservation perspective and assistance could be the most meaningful. Throughout 2011, HDC will work with these neighborhood partners to set and reach preservation goals through strategic planning, advocacy, outreach, programs and publicity.

“Neighborhoods throughout New York are fighting an unseen struggle to determine their own futures. By bringing these locally-driven neighborhood preservation efforts into the spotlight, HDC hopes to focus New Yorker’s attention on the very real threats that historic communities throughout the city are facing from indiscriminate and inappropriate development.” said Simeon Bankoff, HDC’s Executive Director. “As the first list of its kind in New York, the Six to Celebrate will help raise awareness of local efforts to save neighborhoods on a citywide level.”

Founded in 1971 as a coalition of community groups from New York City’s designated historic districts, the Historic Districts Council has grown to become one of the foremost citywide voices for historic preservation. Serving a network of over 500 neighborhood-based community groups in all five boroughs, HDC strives to protect, preserve and enhance New York City’s historic buildings and neighborhoods through ongoing programs of advocacy, community development and education.

The 2011 Six to Celebrate (in alphabetical order):

Bedford Stuyvesant, Brooklyn
The Bedford Stuyvesant neighborhood contains an astonishing number of architecturally, historically and culturally significant structures, including rowhouses, mansions, religious buildings, and schools dating from the 19th and early 20th centuries. Although there are currently two designated historic districts in the area, the vast majority of Bedford Stuyvesant’s architectural splendor is unprotected. The recently-formed Bedford Stuyvesant Society for Historic Preservation, a coalition of concerned neighborhood block associations, and the landmarks committee of Brooklyn Community Board 3 are working to correct that.

The Bowery, Manhattan
One of Manhattan’s oldest thoroughfares, the Bowery, stretching from Cooper Square to Canal Street, has a fascinatingly rich history which has left an equally rich built environment. From a fashionable shopping and residential neighborhood at the end of the 18th century, to bustling center of drygoods, hardware and other specialty stores, to an entertainment mecca and later the notorious “skid row” in the 20th century, the Bowery was always a part of the city’s culture, for better or for worse. In recent years,, the mix of historic structures along the street has been extremely threatened by high-rise hotel development. The Bowery Alliance of Neighbors was formed to help save the remaining historic buildings on the Bowery and to celebrate the avenue’s interesting and important history.

Gowanus, Brooklyn
The Friends and Residents of Greater Gowanus nominated the neighborhood surrounding the Gowanus Canal in Brooklyn. This unique area retains its largely industrial character, with some of the businesses dating back more than 75 years. In recent years, plans for the canal have conflicted with the existing character of the neighborhood and some significant industrial structures have been demolished for out-of-scale, speculative development. However, with the canal’s recent designation as a federal Superfund site, there is now an opportunity to successfully advocate for the preservation of the industrial character of the area and retention of significant structures associated with this history.

Inwood, Manhattan
Inwood, at the very northern tip of Manhattan, combines striking geography of hills and views with notable architecture that includes art-deco apartment building, Tudor Revival houses, and unique elements such as the 215th Street Steps, the Seaman-Drake Arch and the historic Isham Park. Despite this, very little of the neighborhood’s historic buildings are protected or even official acknowledged. The Volunteers for Isham Park is working to identify and protect the neighborhood’s landmarks.

Jackson Heights, Queens
Jackson Heights is New York City’s first planned neighborhood of “garden apartments” and “garden homes”. These airy, light-filled residences, combined with commercial, institutional and recreational buildings, provided an attractive environment for middle-class families to live when it was developed in the early 20th century, and it still does today. The Jackson Heights Beautification Group, established in 1988, is seeking to extend the boundaries of the existing Jackson Heights Historic District, landmarked in 1993, to better reflect and protect the actual historic neighborhood.