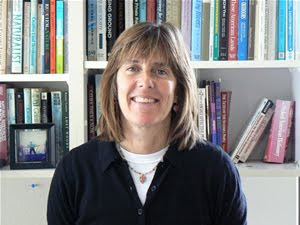 If confirmed by the state senate, Harvey would replace Acting Commissioner Andy Beers who took over after the resignation of Carol Ash in October 2010.

Currently, Harvey is a senior fellow at the Jonathan Rose Companies, where she acts as an advisor and researcher on parks and open space issues, and launched a non-profit organization to fund, design and develop safe, well-managed parks in urban neighborhoods. She was also recently a McCluskey Fellow and Lecturer at the Yale School of Forestry and Environmental Studies.

For 27 years, Harvey held multiple leadership positions with The Trust for Public Land, most recently as Senior Vice President and National Director of Urban Programs. There, she oversaw all real estate acquisitions, urban park design and developments, managed the finances of a $20 million annual operating budget, and closed between $50 and $75 million worth of land and parks transactions each year across 8 states – a total of nearly $1 billion and more than a thousand new and enhanced parks, gardens and playgrounds in underserved neighborhoods in New York City, Newark, N.J. and Baltimore. She has also established large landscape woodlands and natural areas throughout New York State and the Mid-Atlantic region.

Harvey began her tenure in the parks and open space arena as the Assistant Director for Conservation Easement at the Maryland Environmental Trust, where she negotiated protections of private lands holding environmental significance.

Harvey received her B.A. from Colorado College in 1977 and M.E.S. at the Yale School of Forestry and Environmental Studies in 1984. She currently serves on the Board of the Geraldine R. Dodge Foundation and the Yale Leadership Advisory Council. In the past she has served on many conservation organizations, including the Appalachian Mountain Club, the Hudson River Institute and Walsh Park Low Income Housing. In addition to multiple state and national awards for her environmental stewardship and advocacy for open space and parks, Ms. Harvey has written multiple articles and op/eds in numerous national media outlets and industry trade journals.

Lucy Rockefeller Waletzky, M.D., Chair of the New York State Council of Parks, Recreation and Historic Preservation, said, &#8220Ms. Harvey has been key to many of the great additions to state parks of the past 20 years. I look forward to working with her to foster strong private-public partnerships that protect and enhance New York’s parks, open spaces and heritage. I am also deeply committed to working with Governor Cuomo’s administration in preserving our state’s recreational landscapes and natural resources.&#8221

Kim Elliman, CEO of the Open Space Institute, said, &#8220Rose brings an unparalleled passion for providing all New Yorkers with access to parks and open space. Throughout her 30 year career, she has built an incredible track record of creating and protecting parks, from vest-pocket parks in cities to landscape parks like Sterling Forest. She is singularly qualified for the job and I commend Governor Cuomo for his selection.&#8221

Leslie Wright, New York State Director for The Trust for Public Land, said, &#8220Governor Cuomo’s selection of Ms. Harvey as Commissioner for the Office of Parks, Recreation and Historic Preservation shows that he is serious about maintaining open space and making it accessible to as many New Yorkers as possible. Ms. Harvey’s storied career in establishing parks, playgrounds and gardens in urban areas, combined with her ongoing advocacy for open space makes her the ideal candidate to lead this agency.&#8221