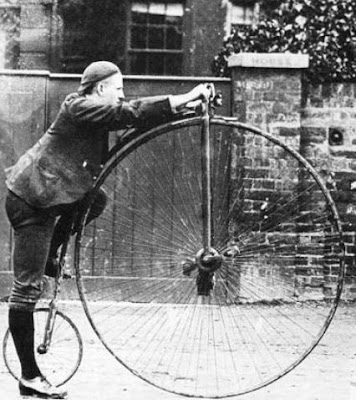 Bicycles have come a long way. They are one of the most important methods of transportation ever created. Millions of people all over the world rely on them and enjoy them as both a primary means of transport and as a personal means of recreation.

Lifelong bicycle aficionados Rob van der Plas and Stuart Baird have indulged their passion for cycling and created a richly illustrated compendium dedicated to the technology and engineering that goes into the modern bicycle and its key historical components.

Their new book, titled Bicycle Technology, covers every detail and aspect of the bicycle, from the frame materials to the drivetrain, gears, to the wheels, suspension lights, bells and whistles, and more. They have shared their technical know-how and love of the history and the developments of the bicycle from its inauspicious beginnings to the use of space-age materials, and the incorporation of electronic innovations of today. 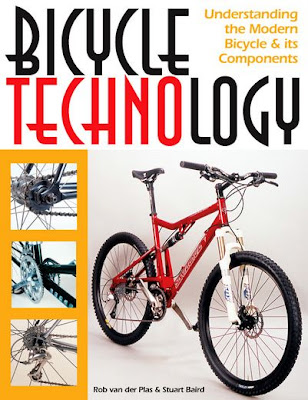 The book is a thorough and up-to-date treatment of the technical aspects of the modern (and historic) bicycle, illustrated with 800 photographs and other illustrations. This new, 2nd edition was completely rewritten, with up-to-date material and numerous clear illustrations, covering bsoth the modern bike itself and its components in a historical context.

The first bicycle was invented in 1817 by Carl Von Drais (no, not three centuries earlier by Leonardo Da Vinci, as has sometimes been claimed). Drais viewed it as a substitute for a horse, which was in very short supply at the time due to a very harsh winter. His earliest machine was protected by a patent, which was soon copied by many people, some under license, some simply pirated. However, interest soon diminished, and by 1830, they were all but forgotten relics of a short-lived craze.

The pedal-drive was first introduced in the 1950s for use on a workman’s tricycle powered by means of cranks on the front wheel, and later found use on Michaux’s two-wheel velocipeds. Tension wire spokes were introduced in 1869, making it possible to build very large wheels of the iconic high-wheel, or “ordinary” bicycle of the 1870 and 1880s.

The first chain-driven bicycle was patented in 1879. Within a few years of their introduction the safety bicycle, with chain-drive and two equal-sized had superseded the high-wheel bicycle.

During much of the 20th Century, bicycle developments were confined to “tweaking” the details rather than the overall re-design of the bicycle as a whole. The most important development of the 20th Century was the introduction and perfection of gearing systems. A modern bicycle derailleur gearing system in the process of changing gear by literally “derailing” the chain to a smaller or larger rear cog

Technical developments in bicycles continue to undergo subtle refinements. There have been, and continue to be, significant developments in areas like brake systems, gearing, suspension, and frame materials. High-tech, lightweight materials, including carbon and titanium, sometimes in combination, are now used in the frames and components of high-end bicycles.

Many bicycles are now available with full suspension and hydraulic disk brakes. Fully equipped urban commuter bikes are available with carriers for a briefcase or laptop, effective lights for night riding, and other electronic and mechanical accessories.

In recent years, electric-assist bikes, or “E-bikes” have gained popularity amongst casual riders and utility cyclists. There are four E-bike categories: CEBs, which are conventional electric bikes- SABs, or simple assisted bikes- EHBs, or electro-hybrid bikes- and SHBs, or Synergetic Hybrid Bicycles, which can be seen as pedal-powered equivalent of hybrid cars.

No matter what advances in technology we may see, some people may still choose on installing an old-fashioned bell or horn.