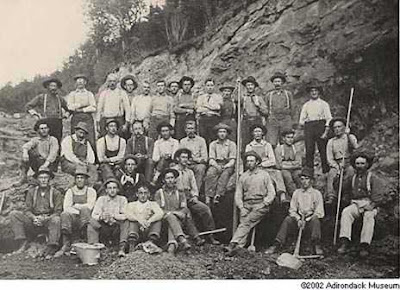 The Adirondack Museum at Blue Mountain Lake, New York has been awarded a grant in the amount of $40,000 by the National Endowment for the Humanities (NEH). The funds will be used in the planning and development phase of the museum’s new long-term exhibition &#8220Mining in the Adirondacks,&#8221 scheduled to open in 2013.

NEH has designated the Adirondack mining exhibit a National Endowment for the Humanities &#8220We the People&#8221 project. Support comes in part from funds the agency has set aside for this special initiative.

The goal of the &#8220We the People&#8221 initiative is to encourage and strengthen the teaching, study, and understanding of American history and culture through the support of projects that explore significant events and themes in our nations history and culture, and advance knowledge of the principles that define America.

The National Endowment for the Humanities is an independent federal agency created in 1965. It is one of the largest funders of humanities programs in the United States.