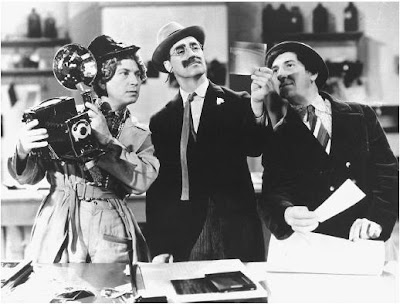 The following commentary and call to action was issued by the 93rd Street Beautification Association and is reprinted here in it’s entirety for your information:

Anybody who has been paying the slightest bit of attention to the doings of Marx Brothers Place over the last few years knows full well that the New York City Landmarks Preservation Commission (LPC) has dispatched numerous letters refusing the community’s request to calendar this historic block for a public hearing. The LPC’s lack of interest in landmarking historic Marx Brothers Place is nothing new: It’s legendary.

In fact, it was precisely the LPC’s anemic response to Marx Brothers Place that inspired the broad coalition of advocates to speak out in support of extending the Carnegie Hill Historic District (CHHD) so as to include the incomparable collection of historic structures on East 93rd Street before the entire block is marked with a big red X for the wrecking ball.

Notoriously, historic districts have been repeatedly rejected by the LPC for years &#8211 a commission into whose vortex designation requests (RFEs) disappear like socks in the dryer &#8211 and languished without legal protection from demolition before finally being calendered and properly designated.

Backed by the uncompromising historic evidence &#8211 research unearthed by a Preservation historian at Columbia University’s acclaimed Graduate School of Architecture & Historic Preservation &#8211 this massive community coalition continues its efforts to try to enlighten and educate the LPC as to the fact that Marx Brothers Place not only meets the criteria for landmarking in NYC, it surpasses it.

Make no mistake: The Marx Brothers Place community coalition stands resolute in its position that this world famous block in Carnegie Hill warrants immediate protection from indiscriminate demolition because of its historic, cultural and architectural significance.

So on Monday, July 19 &#8211 when Community Board 8&#8242-s (CB8&#8242-s) Landmarks Committee voted 7-0 (with one abstention) to send a powerful message to the LPC resolving that this important historic block should be landmarked by the city &#8211 this devoted community coalition had much to celebrate when, after years of advocating, it had successfully moved that much closer to its goal.

And had the 93rd Street Beautification Association’s request to CB8 gone according to normal procedure, the next step in this public process would have been for CB8&#8242-s Landmarks Committee to present to the Full CB8 Board the fact of its overwhelmingly 7-0 vote and the reasons the Committee had decided to so strongly support the request to landmark historic East 93rd Street. But, as many of you know by now, what followed was anything but &#8216-normal procedure’.

NYC Council Member Dan Garodnick had insisted that the 93rd Street Beautification Association first get the blessing of CB8 before he would be willing to wield his influence in asking the LPC to calender Marx Brothers Place for a public hearing. But then instead of celebrating the Association’s 7-0 victory before CB8&#8242-s Landmarks Committee, the Council Member chose instead to turn his back on his constituents and, without so much as a heads-up to the Association, furtively did his level best to undermine the preservation campaign’s progress.

On Wednesday, July 21 &#8211 the same day that the full CB8 Board was scheduled to vote on Marx Brothers Place &#8211 CM Garodnick reportedly contacted a co-chair of CB8&#8242-s Landmarks Committee, Jane Parhsall, to offer her copies of a stale letter he had received from the LPC dated May 26, 2010.

The &#8216-Garodnick letter’ &#8211 as it has come to be known &#8211 was not a revelatory piece of news and its boilerplate language was nothing more than the same old, same old misinformation that the coalition has been disputing for years (it should also be noted that despite repeated requests, CB8 has &#8211 to date &#8211 failed to provide the Association with a copy of the &#8216-Garodnick letter’ which it only allowed the Association to see after CB8 Landmarks Committee co-chair Parshall had already dramatically misrepresented its contents to the entire CB8 audience before the full CB8 Board vote on July 21).

While deliberately overstating the import of yet one more of the LPC’s perennial letters &#8211 brushing off the request to calender Marx Brothers Place for a public hearing &#8211 CM Garodnick and CB8&#8242-s Parshall sorely underestimated the public interest in landmarking this storied block.

Smacking of the sort of dirty, petty politics the public has come to expect from its elected and appointed officials &#8211 who time and time again fail the public while proving unworthy of carrying out the people’s business &#8211 Garodnick and Parshall’s blatant breach of the public trust in the process to which Marx Brothers Place is due smells riper than a rotten fish.

Thanks for your continued interest in historic Marx Brothers Place!

To make a tax-deductible contribution to the preservation campaign, click here.