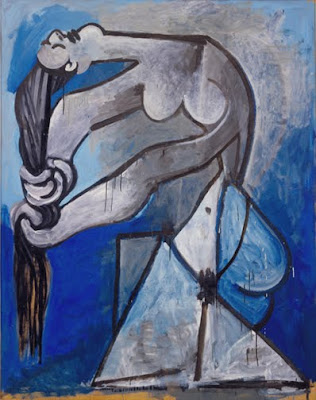 This Thursday, July 15, at 6:00 pm, the Albany Institute of History & Art will host a free lecture by Sarah Lees, Associate Curator of European Art at the Sterling and Francine Clark Art Institute in Williamstown, Massachusetts. Lees will discuss The Clark’s current exhibition, Picasso Looks at Degas, which opened on June 13 and will close on September 12.

Picasso Looks at Degas is a fascinating exhibition including work from both artists. The first of its kind to explore the relationship between the two masters, the exhibition mainly focuses on Pablo Picasso’s work made in response to or inspired by the work of Edgar Degas, who was his Parisian neighbor in the early 20th century. Picasso admired Degas, though it is not clear whether the two ever met. The exhibition illustrates how Picasso’s work often echoes imagery and devices typical of Degas without blatantly imitating him. Picasso Looks at Degas traces the development of both artists and includes a broad array of mediums, including paintings, sculptures, and etchings.