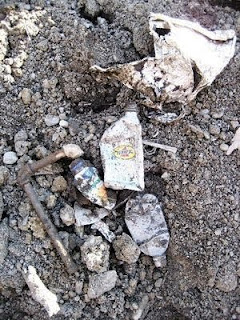 The Jay Heritage Center (JHC) in Rye, N.Y., is expressing its gratitude to the New York Department of Environmental Conservation (DEC) for the speed with which it followed up on the problems of contaminated fill on the historically and environmentally important Jay Heritage Site property.

In January, the Westchester Parks Department added fill to the grounds of the Jay Heritage Center that contained obvious trash and debris. JHC commissioned a independent study of the soils and found that it was also contaminated with SVOCs, pesticides (like DDT and chlordane) arsenic and heavy metals such as lead and chromium. The Jay Property is the boyhood home of Founding Father John Jay who is also buried in a private cemetery at the Rye estate.

Joe Stout, Westchester County Parks and Conservation Commissioner, had declared the fill safe in an email to JHC President, Suzanne Clary and the New York State Office of Parks, Recreation and Historic Preservation (OPRHP) on January 25, 2010 which said in part &#8220We are confident that the fill is safe.&#8221

Westchester County has now confirmed however, that it will abide by a DEC request to clean-up the site within 30 days. According to a press release issued by Jay Heritage, in talks with the County Executive’s office, the County assured JHC that this clean-up will be done with full protection of archaeologically sensitive artifacts and in consultation with JHC. Archaeological review will be conducted in historic garden areas and behind an Indoor Tennis House that is thought to be the 3rd oldest in the United States.

JHC president Suzanne Clary said, &#8220We look forward to working with the new County administration and NY State to safeguard and preserve John Jay’s boyhood home in Rye with renewed dedication, and historic and archeological sensitivity.&#8221

Photo: Visible Debris in fill at the Jay Heritage Center.