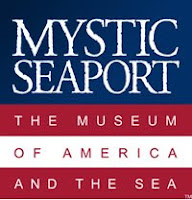 &#8220The American Maritime People&#8221 will be a six-week college and university teacher institute for 25 participants on American maritime history from the colonial era to the present June 21st to July 30, 2010 at The Frank C. Munson Institute of American Maritime Studies, Mystic Seaport, CT.

The purpose of the &#8220American Maritime People&#8221 NEH Institute at Mystic Seaport is &#8220to provide college teachers&#8230- with the opportunity to enhance course offerings by studying the influence of maritime activities on U.S. history and culture.&#8221 This, the third such NEH Institute, will build on the latest research in studies of the sea, which has recently been the focus of increasing scholarly interest. In a series of seminars, &#8220The American Maritime People&#8221 will employ interdisciplinary perspectives on American maritime studies, with an emphasis on the most recent social, cultural and ecological approaches.

The campus for the six weeks of study will be Mystic Seaport, the Museum of America and the Sea. As the largest maritime museum in the nation, Mystic Seaport includes 17 acres of riverfront property, 60 historic buildings, 500 traditional watercraft, 1,000,000 manuscript pieces, and over 1,000,000 artifacts. While the seminar hall will be the focus of the institute, Mystic Seaport, and the maritime region of which it is a
part, will be used to inform further study through tours and exploration.

Mystic, Connecticut is located in the southeastern corner of the state where the waters of Long Island Sound meet the North Atlantic. As such, the greater Mystic area has a long history of maritime activity, from colonial shipbuilding, fishing, whaling, and merchant trade to the current presence of nuclear submarine construction and operations. The University of Connecticut’s maritime campus and the US Coast Guard
Academy are a short drive away.

The stipend for NEH Fellows is $4,500, for the six-week institute. These funds should comfortably cover travel expenses, housing and food for the summer session. Books and other resources are also to be purchased with stipend monies.

Completed applications should be submitted to the address below and should be postmarked no later than March 2, 2010.