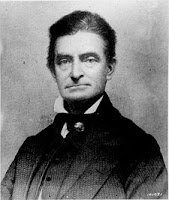 Yale University’s Gilder Lehrman Center for the Study of Slavery, Resistance, and Abolition will host John Brown, Slavery, and the Legacies of Revolutionary Violence in Our Own Time: A Conference Commemorating the 150th Anniversary of the Harpers Ferry Raid on Oct 29-31, 2009 at the university’s campus in New Haven, CT.

Discussions of the place of violence-its forms, its causes, its justice or injustice-in American history often begin with John Brown and his exploits in Kansas and at Harpers Ferry, Virginia, in the 1850s. Brown’s image has been appropriated by groups from the left and the right. He is a historical as well as a legendary figure, and often the myth overshadows the reality. This conference will explore the meaning and memory of John Brown as well as the problem of violence in American culture, past and present.

The conference will open on the evening of Thursday, October 29 with a performance of John Brown: Trumpet of Freedom by actor and playwright Norman Marshall. On Friday, October 30 and Saturday, October 31, conference panels will focus on four major themes:

. John Brown: A Problem in Biography

. John Brown and the Arts

. John Brown and the Legacies of Violence

. Concluding Roundtable: A Problem for Our Own Time

For information on the conference visit: http://www.yale.edu/glc/john-brown/index.htm