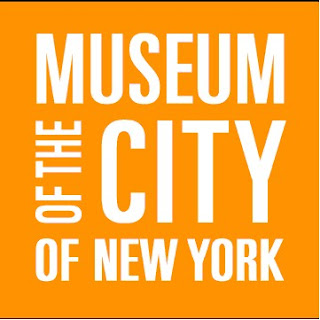 In 1609 the sailors aboard Henry Hudson’s ship the Half Moon laid their eyes upon the entrance to what would come to be known as the Hudson River, and within 15 years the Dutch began to settle the newly discovered land, creating the colony of Explorers, Fortunes and Love Letters: A Window on New Netherland

(Mount Ida Press, 2009) is a compilation of new essays that together explore the fascinating story of this diverse and enterprising colony and its enduring cultural impact.

Join contributors to the book at the Museum of the City of New York on Tuesday, July 14, at 6:30 PM for a discussion moderated by Charles Th. Gehring, Ph.D., Director of the New Netherland Project and the translator of the 17th-century Dutch documents that have opened the world of New Netherland to the 21st century. Participants will include Noah L. Gelfand, Peter G. Rose, and David Voorhees, Managing Editor of de Halve Maen and Director of the Papers of Jacob Leisler Project at NYU

This event is presented in conjunction with the exhibition Amsterdam/New Amsterdam: The Worlds of Henry Hudson (through September 27). To mark the anniversary of Henry Hudson’s 1609 voyage to the area now called New York , Amsterdam/New Amsterdam investigates the epic journey and the transatlantic links it set in motion. The exhibition explores the colony of New Amsterdam as it evolved under the wing of the dynamic city of Amsterdam during the Dutch Golden Age. It reveals the character of the young settlement’s economy, culture, politics, and built environment through rare 17th-century paintings, maps, navigational instruments, documents, Native American artifacts, household objects,and archaeological remnants of daily life in New Amsterdam .

Presented in partnership with the Nederlands Scheepvaartmuseum Amsterdam and the New Netherland Project.