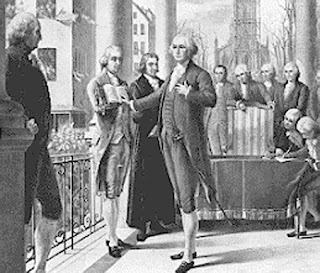 Today marks the 220th anniversary of George Washington’s inauguration as America’s first president a reminder that as our nation’s first capital, New York City is rich in historical gems that commemorate Washington and his era’s achievements. One of them is presented by The National Parks of New York Harbor Conservancy, which offers a series of tours that explore these sites.

&#8220George Washington’s New York&#8221 is a new self-guided tour that recounts “a day in the life” of America’s first President when New York was the capital of the United States. Learn about the colonial New York our founding fathers called home. Follow Washington’s daily horseback ride through the Battery to Federal Hall- first home of the fledging country’s congress. The tour departs from 26 Wall Street and last approximately 90 minutes. Visitors can also visit free exhibits at Federal Hall following the tour.

You can download the tour booklet and map here.