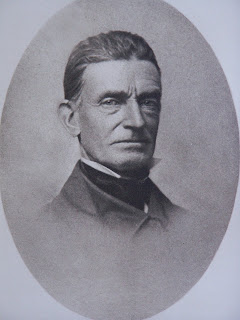 John Brown Remembered: 150th Anniversary of John Brown’s Raid is the title of a conference / symposium that will be held October 14 -17, 2009 at the Harpers Ferry National Historical Park in Harpers Ferry, West Virginia. Speakers will include David Blight, Spencer Crew, and Paul Finkelman.

Harpers Ferry National Historical Park, along with other partners, is hosting this multidisciplinary academic symposium on John Brown and his 1859 raid on Harpers Ferry. The symposium, which will be held at the Stephen T. Mather Training Center in Harpers Ferry, is hoped to stimulate new and diverse academic research, scholarship, and debate.

A schedule and registration details can be found here.