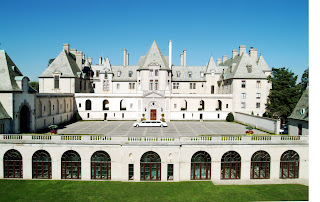 , is the definitive behind-the-scenes look at the 20-year and $30 million dollar historic preservation of New York’s largest home and Long Island’s largest Gold Coast mansion which, at 115,000 square feet, is more than twice the size of the White House. OHEKA Castle, placed on the National Register of Historic Places in 2004, has previously been featured on Home and Garden Television Network’s (HGTV) Restore America as well as the final episode of the Arts & Entertainment Network’s (A&E) America’s Castles. The new book is the only work that reveals the mansion’s 90-year history, the extraordinary efforts to save it and the restoration itself depicted in over 250 black and white and full color photographs.

The book opens up with personal reflections about OHEKA by best-selling author and Long Islander, Nelson DeMille. DeMille’s introduction begins with the statement: “Ellen Schaffer and Joan Cergol have worked eight years to write this remarkable book about a remarkable house: OHEKA Castle.” In the book’s foreword, entitled “Why OHEKA matters,” the authors state: “In sharing OHEKA’s story, we also tell a tale of victory for all those who believe historic structures should and can be saved for future generations. By documenting this successful large-scale experience in historic preservation, we hope to educate and inspire others to attain their own hopes and dreams of saving that ‘big old house’ down the road.”

The new book is the product of an eight year collaboration between co-authors Ellen Schaffer and Joan Cergol, who were introduced in 1996 by OHEKA Castle owner Gary Melius. Schaffer, a civic leader and longtime resident of Cold Spring Hills, the community in which OHEKA is situated, and Cergol, a local public relations professional, worked side by side to create a not-for-profit organization known as “Friends of OHEKA” and develop an innovative zoning approach to preserve the structure and maintain its residential zoning. At that time, OHEKA’s future was at risk due to zoning issues threatening Melius’ ability to advance his restoration plan for a 127-room “single family home” on Long Island’s North Shore.

The story illustrates the importance of public-private partnerships for historic preservation in America, where government funding is almost non-existent. It also documents a successful “public awareness campaign” to garner the public support needed for government intervention. The story reveals how a dedicated and resourceful owner, a supportive community and an enlightened town came together to accomplish what seemed impossible &#8211 rescuing, restoring and ultimately succeeding in finding adaptive reuses for an otherwise obsolete Gold Coast mansion in the center of a residential community.

The book encourages owners of historic structures, local communities and governments across America to think “outside the box” of historic preservation. The story reveals how a preservation tool known as a “historic overlay district,” when combined with good old-fashioned American ingenuity, can turn a devastated Gold Coast ruins into a useful structure to serve our modern-day society. Now carefully captured and preserved by the co-authors, this “preservation success story” is itself preserved to serve a larger goal of encouraging ordinary citizens and local governments to save historic homes for future generations.