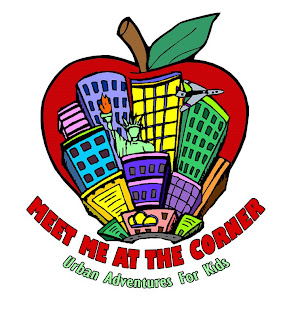 Check out the website MeetMeAtTheCorner.org which provides virtual field trips for home schoolers ages 8-12. Short videos provide educational and informational “tours” of various landmarks from a child’s point of view via 3 to 4 minute video pod casts. Each episode offers suggested readings and follow-up activities, including the opportunity for kids to submit their own complementary videos, as well as lesson plans for the home school parent. Through these video pod casts, the site creates a community of children who learn the art of self-expression and storytelling through video. New virtual field trips are added every two weeks- participation is free.

Recent videos have included New York City historic and cultural landmarks like Broadway and the Forbes Museum, and a bird watching expedition in Central Park. Recently posted was a program featuring folk singer Linda Russell’s celebration of the 400th anniversary of Henry Hudson’s exploration of the Hudson River.

This month they will also celebrate Children’s Authors and Illustrators Week and travel to Colorado for an interview with the Director of the Money Museum. Amanda ( age 9) learns about the invention of money and how to begin a collection of state quarters, Presidential dollars and the new Lincoln pennies commemorating the 200th Anniversary of Abraham Lincoln’s birth.

Later in the Spring, shows feature children interviewing authors and illustrators, an astronomer about worldwide celebration of the 200th anniversary of the telescope, a team of Air Force cadets who care for the Academy falcons, a working cowboy, a man who raises and races homing pigeons, and the yo-yo champion of the United States.