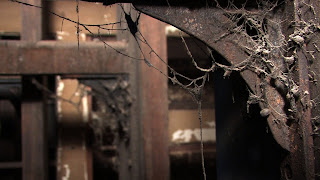 The idea is a simple one: Take viewers to historical locations around New York City that are either off-limits to the general public, or are otherwise difficult or impossible to see. Then post them to the web.

Being an old city, New York has hundreds of overlooked locales to explore. The City Concealed produces about 2 videos a month. They’ve previously shot a boat tour of Newtown Creek, the tombs & catacombs of Green-Wood Cemetery, an eccentric rock sculptor on the furthest reaches of Staten Island, and the abandoned buildings of Brooklyn’s sprawling Navy Yard.

The latest episode is Up in the Fulton Ferry Hotel

You can submit a location idea here.