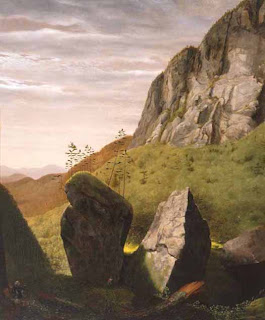 The Adirondack Museum at Blue Mountain Lake, New York has received an anonymous gift from &#8220someone who loves the Adirondacks&#8221 in the amount of $50,000 in support of a very special exhibition that will open this summer. The new exhibit, A &#8220Wild Unsettled Country&#8221: Early Reflections of the Adirondacks will open on May 22, 2009. Paintings, maps, prints, and photographs will illustrate the untamed Adirondack wilderness discovered by the earliest cartographers, artists, and photographers.

Engravings and lithographs of Adirondack landscape paintings will also be
featured. Prints brought these images to a wider audience and provided many
Americans with their first glimpse of the &#8220howling wilds&#8221 that were the
Adirondack Mountains.

A &#8220Wild Unsettled Country&#8221 will include photographs &#8211 stereo views and albumen prints &#8211 sold as tourist souvenirs and to armchair travelers. William James Stillman took the earliest photos in the exhibition in 1859. These rare images are the first photographic landscape studies taken in the Adirondacks.

A dozen significant maps from the collection of the Adirondack Museum’s research library will demonstrate the growth of knowledge about the region.

Acknowledging the generosity of the gift that has made A &#8220Wild Unsettled Country&#8221: Early Reflections of the Adirondacks possible, Chief Curator Laura S. Rice said that, &#8220Through this exhibit, museum visitors will be able to discover, the Adirondacks through the eyes of late 18th and early 19th century artists as a place of great beauty.&#8221