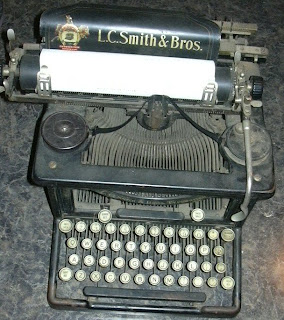 Here at the New York History blog, I follow hundreds of history oriented blogs, good and bad, from around New York and around the nation. Some of the best have focused their work through regular posts on unique topics &#8211 call it &#8220serial blogging.&#8221 Here are three of the more outstanding examples:

Bad Girl Blog: Why I Started Chasing Bad Girls
Brooklynite Joyce Hanson describes her Bad Girl Blog as &#8220a chronicle of my research, experiments and studies about wild women in both history and the present&#8211and my struggle to be more like them.&#8221 Hanson’s series &#8220Why I Started Chasing Bad Girls&#8221 offers a little insight into the author herself and women she’s hoping to emulate (at least a little more). Posts have included Isabelle Eberhardt who Hanson describes as &#8220A Russian Jew who converted to Islam, Isabelle Eberhardt ran off to the Sahara Desert in 1899 when she was 22, served as a war correspondent for an Algerian newspaper, dressed as a man and called herself Si Mahmoud, slept with Arab boys, routinely smoked kif, and drank absinthe and chartreuse until she fell asleep on the dirt floor of whatever random cafe she happened to be passing through.&#8221 Hanson has also written about Bessie Smith, Empress Theodora of Constantinople, and Victoria Woodhull. You can read all the posts in the series here.