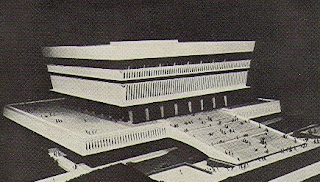 From Nickelodeons to Cell Phones: A Brief History of the Motion Picture

Bruce G. Hallenbeck, author of the upcoming book &#8220Comedy Horror Films: A Chronological History&#8221 and director of the independent feature film &#8220The Drowned,&#8221 will present a freewheeling history of the movies, from the earliest silent films of Thomas Edison and others to today’s Hollywood blockbusters. The focus of the program will be on how films and filmmaking have changed and evolved over the past hundred-plus years and of how cinematic cycles come and go. A discussion of how digital filmmaking has &#8220democratized&#8221 the process will also be included. The talk will be interspersed with numerous film clips from such classics as Fritz Lang’s &#8220Metropolis,&#8221 Alfred Hitchcock’s &#8220Blackmail,&#8221 and Jean Cocteau’s &#8220Beauty and the Beast.&#8221 This program will be held in the Huxley Theater on the first floor of the Cultural Education Center.

Gutters and Street Paving: Elkanah Watson, the New England Migration, and the Improvement of Albany, New York in the Early Republic

In 1800, the culture of the New England migrants collided with the culture of Dutch Albany’s burghers, thus changing the city forever. Albany’s most vocal migrant, Elkanah Watson, settled in Albany in 1789 and criticized Albany and its Dutch citizens for their backwards ways. In attempting to make Albany a competitor in both the domestic and European trade, Watson launched many campaigns to “improve” Albany by encouraging New England-branded improvements to the city’s landscape such as street lighting, paved streets, better wharves, and proper street drainage and gutters. Elizabeth M. Covart, 2007 research resident at the New York State Library, will examine Albany’s changing public spaces in the Early Republic and the true impact that Elkanah Watson and his fellow New England migrants had on Albany and its longtime Dutch-American residents.