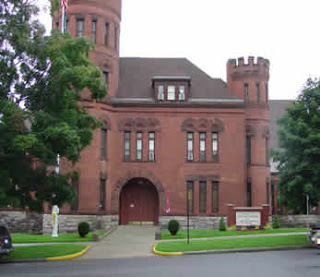 The man who had been running the oral history program from the basement of the Military Museum in Saratoga Springs, Michael Russert (cousin of the late broadcaster Tim Russert), retired at the end of June after having recorded nearly 1,500 interviews over the past eight years. His equipment was sold at a loss on eBay and the program’s space has been cleared out:

&#8220I was really crushed when I found the studio was going on eBay,&#8221 said Russert, a retired teacher who lives in Cambridge. &#8220They looked at it as a waste of space, and that always bothered me because it was a very valuable program for the museum.&#8221

The collection now contains 1,595 interviews, including talks with three World War I vets and three Medal of Honor recipients. The project aims to capture firsthand stories of veterans and make them accessible to historians and to the public.

The state Office of General Services sold the studio for the museum because it occupied prime exhibit space, museum Director Michael Aikey said. He wouldn’t say how much it was sold for, and an inquiry to OGS went unanswered&#8230-

The state is not rehiring for Russert’s position, said Lt. Col. Richard Goldenberg, a spokesman for the state Division of Military and Naval Affairs.

Wayne Clark, the program’s videographer, has taken on an expanded role that includes identifying vets, coordinating meetings, doing interviews and publicizing the program&#8230-

The lack of manpower is slowing the archiving of stories from the state’s veterans at a time when many World War II vets die every day and New York service members are returning from Iraq and Afghanistan, Russert says.

The Military Museum is located on the web here, and the Veteran’s Oral History Program is located here. Neither sites have been updated recently (some stuff there dates from 2006, and there are currently no events scheduled for the museum). The museum has been closed for the past month while the heavy wooden doors on the building’s front entrance were replaced with new glass doors.