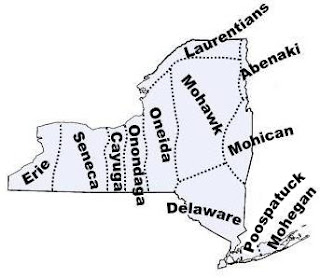 The Everett Report, officially known as the Report of the New York State Commission to Investigate the Status of the American Indian Residing in the State of New York has been made available online by the New York State Library. The Commission was chaired by Assemblyman Edward Everett (R-Potsdam). Here is a link, though the viewing system is archaic, so make sure you allow pop-ups for www.nysl.nysed.gov.

The New York State Indian Commission (1919-1922), whose purpose was to investigate the status of Indian welfare and land rights in New York State, was presented to the legislature on March 17, 1922 &#8211 and then promptly rejected. It wasn’t until 1971 that the report was finally released. In 1980, Helen Upton published The Everett Report in Historical Perspective

According to the folks at the New York State Library:

Lulu Stillman, a stenographer for Assemblyman Edward Everett, was credited for preserving the only remaining record of the report, from which the 1971 transcript was made. As Everett’s stenographer, Stillman retained copies of most of the material produced by or related to the commission. (Many of the original documents are either missing or unavailable.) The published report released in 1971 and Stillman’s annotated draft have both been digitized.