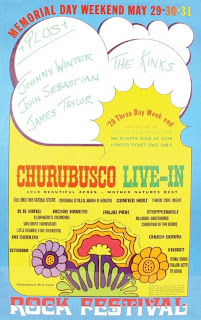 We’ve all heard of Woodstock at one time or another—that famous (or infamous) concert held in August 1969. It was scheduled at different venues, but the final location was actually in Bethel, New York, about 60 miles from Woodstock. For many who lived through three major homeland assassinations, the Vietnam War, and the racial riots of the turbulent 1960s, Woodstock was an event representing peace, love, and freedom. It’s considered a defining moment of that generation, and a great memory for those who attended (estimated at 400,000). END_OF_DOCUMENT_TOKEN_TO_BE_REPLACED