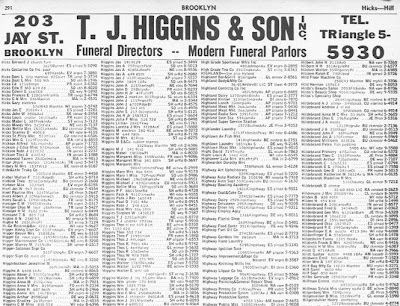 There is a new online tool developed by the New York Public Library to help people find their New York City relatives in the 1940 census, which was released April 2.

NARA released the census online for the first time, but transcribing and indexing the data is a slow process,that could take as long as six to eight months.

The Library’s online tool connects people to 1940 New York City phonebooks, which they digitized for the first time, where you can look anyone up by last name to find their address. Once you have the address, just enter it into a search field and up pops the census enumeration district number. Clicking the number takes you to the National Archives’website, where you can find the correct section of the census.

It’s a great research tool, but it’s also meant to grow into something more. When you find an address, the tool pins it to both a 1940 map and a contemporary map, so you can see how the area has changed (buildings torn down, freeways put up, etc). You’re then invited to leave a note attached to the pin – memories, info about who lived there, what the neighborhood was like, questions – and so forth. As people use the site, we’ll build a cultural map of New York in 1940 that will assist both professional historians and laypeople alike. Users have already found New Yorkers including Mayor John Lindsay, Jackie Kennedy, and Jane Jacobs.