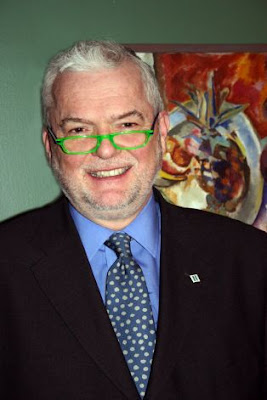 The Hyde Collection has announced that David F. Setford has informed the Board of Trustees that he intends to leave his post as Executive Director in August. A nationwide search will be conducted to identify a successor.

Setford, who has led the Hyde for four and a half years, spearheaded high-profile exhibitions including Degas and Music in 2009 and Andrew Wyeth: An American Legend in 2010 and oversaw a successful $3 million capital campaign. He has accepted a position with International Fine Art Expositions in Florida, as Managing Executive directing international art fairs in Palm Beach and Miami.

“Leading The Hyde Collection has been one of the greatest professional experiences of my career, and I leave with both deep affection for this spectacular collection and great expectations for its future,” Setford said. “The Hyde is one of the most distinguished regional art museums in the United States, respected both for its profound cultural impact and its economic importance to the Greater Glens Falls and Capital Regions.”

Candace Wait, chair of The Hyde Collection Board of Trustees, said: “We are indebted to David for his steady leadership and vision, especially in helping the Board of Trustees and our staff carefully chart the future of one of the most important cultural institutions in Upstate New York. He has led us through the process of updating The Hyde Collection’s long-term strategic plan and to the near completion of our Facilities Master Plan. David’s leadership, good humor and enthusiasm will be missed.”

“During the next four months, as we prepare for David’s departure, our Board will engage in a careful national search for a successor who shares our commitment to thttp://www.blogger.com/img/blank.gifhe mission of The Hyde and our passion for bringing The Hyde experience to an even broader audience throughout New York and New England,” Wait added.

The Hyde Collection attracts thousands of visitors annually. Its collection of more than 3,000 objects of European and American art includes works by Rembrandt, Rubens, Picasso, Renoir, and Hassam. Its holdings are regularly in high demand by art museums around the world. Its “Christ with Folded Arms” by Rembrandt was loaned to the Louvre last year.

The museum is located at 161 Warren Street in Glens Falls, where it was founded in 1963 in the historic American Renaissance mansion of Charlotte Pruyn Hyde and Louis Fiske Hyde. Mrs. Hyde was the daughter of the co-founder of the Finch Paper mill in Glens Falls. Hyde House, as the residence is known, is on the National Register of Historic Places. More information is available at www.hydecollection.org.