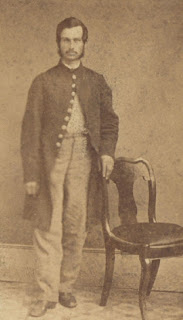 In this, the year marking the 150th anniversary of the beginning of the Civil War, there is a North Country native who served with particular distinction in the 96th Infantry. The 96th, often referred to as the Plattsburgh Regiment (and sometimes Macomb’s Regiment), was recruited from villages across the region, spanning from Malone to Plattsburgh in the north, and south to Ticonderoga, Fort Edward, and Warrensburg.

Among those to join at Fort Edward was 23-year-old Lester Archer, a native of nearby Fort Ann. Lester enlisted as a corporal in December, 1861, and for three years served with hundreds of North Country boys and men who saw plenty of combat, primarily in Virginia.

In June, 1864, Archer was promoted to sergeant amidst General U. S. Grant’s heated campaign to take Richmond, a critical Confederate site. Guarding Richmond several miles to the south on the James River was Fort Harrison, a strategic rebel stronghold.

To divide Lee’s troops, a surprise attack was launched on Fort Harrison on September 29. The men of the 96th were among those who charged up the hill against withering fire, successfully driving off the fort’s defenders and assuming control. As the fort was being overtaken, a Union flag was planted by Sergeant Lester Archer, emphatically declaring victory.

Until Harrison fell, it was considered the strongest Confederate fort between Richmond and Petersburg, 25 miles south. Lee’s forces regrouped to launch several bloody efforts at recapturing the vital site, but the North stood their ground, protecting the prize. 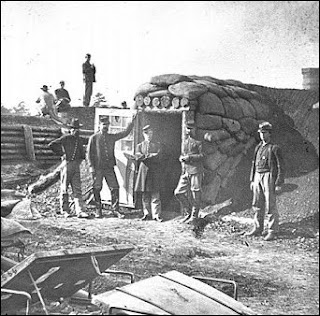 Union General Burnham was killed in the battle, and in his honor, the site was temporarily renamed Fort Burnham. More than 800 soldiers were buried nearby at what is now known as Fort Harrison National Cemetery.

The 96th remained in the vicinity of Fort Harrison for three weeks, and in late October, an assault was launched against Fort Richmond at Five Oaks. The result was a bloody, hard-fought battle, with both sides claiming victory, but both suffering heavy casualties. Many North Country soldiers were killed or captured. Just three weeks after heroically planting the Union flag atop Fort Harrison, Sergeant Lester Archer was among those who perished at Five Oaks.

On April 6, 1865, Archer’s exceptional efforts were officially acknowledged. The highest US military decoration for valor was conferred upon him with these words: “The President of the United States of America, in the name of Congress, takes pride in presenting the Medal of Honor (posthumously) to Sergeant Lester Archer, United States Army, for extraordinary heroism on 29 September 1864, while serving with Company E, 96th New York Infantry, in action at Fort Harrison, Virginia, for gallantry in placing the colors of his regiment on the fort.”