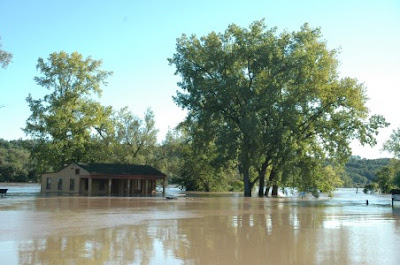 So where do we go from here? The August issue of The Public Historian devoted to &#8220Strengthening the Management of State History: Issues, Perspectives and Insights from New York&#8221 was featured in a recent post by Bruce Dearstyne. In these articles, the need for leadership, direction, and coordination in state history is touted. A stronger role for the State Historian is recommended since the present position has been &#8220emasculated.&#8221

The economic benefits of historic preservation is cited since cultural heritage tourism consistently is among the most popular and lucrative forms of tourism. But the articles bemoan the lack of an advocacy group for state history, the limited forums for discussion and exchange of information on advocacy, and our sad record in promoting the history of the former Empire State as a portal to American history. As we bankrupt our future, will we destroy our past as well? Or just let Nature take care of it?

Some people are trying to stem the tide. The Museum Association of New York (MANY) and Museumwise (formerly the Upstate History Alliance) discuss merging perhaps to become the voice for state history that New York State so desperately needs. Teaching the Hudson Valley (THV), run by the National Park Service calls out, &#8220We want YOU to tell us what THV should do next.&#8221 Our Governor says, &#8220You can have the best vacation of your life right here in the state of New York.&#8221 Little did we know. At one state historic site we visited, the brochures we received had Mario Cuomo, Governor, printed on them. Think about it: how many brochures must have printed while Mario Cuomo was governor from 1983 to 1994 for them still to be distributed in 2011? How few visitors are there to the historic sites that define our state?

How do you create a sense of place when the website has replaced the field trip? If you wake up in a Marriott with a Starbucks by the Interstate, where are you? What town? What state? What country? Every place has a story to tell about what makes their community &#8220their community.&#8221 What are we doing to preserve those communities? Who are we educating to tell those stories? What are the Place-Based professional development opportunities which need to be offered? What the classes which need to be taught to all the all state citizens and for certification of those who teach?

After the flood, a teacher who learned during the program that her father was dying of a brain tumor, emailed me about the conditions in Schoharie:

&#8220We have been in houses in the area helping friends clean up. It is such and overwhelming undertaking.

School will not start here until next week. Both Amy [another teacher in the program] and I live up on hills so our houses were safe. I had 20 people in my home during the worst of the flood as they had to evacuate their homes.

This has also brought out the best in people. So many have come to the rescue to help their friends and even complete strangers.&#8221

Do we need a flood to remember that we are part of a community? With Irene we have witnessed another chapter in the story of New York State history. It flooded areas already bloodied and needing help. The response to Irene will become part of the story that New York tells for generations to come. What story do we want that to be?

If you want to be part of the discussion, consider attending the Western Frontier 2011 Symposium, October 14-16, 2011 at the Fulton Montgomery Community College.