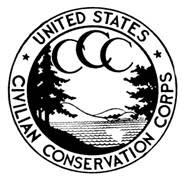 For more information on the reunion, contact Anne Werley Smallman, Director of the Franklin County Historical & Museum Society at: (518)483-2750 or fchms@franklinhistory.org.

If any one has information or pictures of relatives or friends who worked at one of the CCC camps, please contact Marty Podskoch at: 36 Waterhole Rd., Colchester, CT 06415 or 860-267-2442, or podskoch@comcast.net