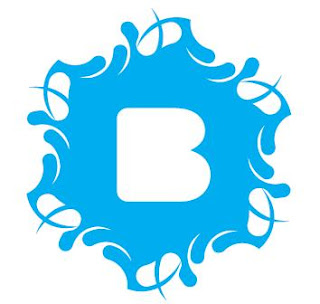 The Members of the Board of Trustees of the Brooklyn Museum have elected John S. Tamagni, a member of the Board since 1987 and currently Chair of the finance committee and Board Treasurer, as the Museum’s Chair. He succeeds retiring Chair Norman M. Feinberg, who has served as Chair since 2006. Feinberg will continue to serve as an active Board member. Trustee Stephanie Ingrassia was elected Board President. Ingrassia has been a Trustee for ten years.

Born and raised in Brooklyn, Tamagni has recently returned to the Borough after living in Summit, New Jersey, for four decades. He has had a connection to the Brooklyn Museum since childhood, coming as a visitor when his mother studied art at the Brooklyn Museum Art School (which was moved to the Pratt Institute in the 1980s). Following his graduation from Dartmouth College with a degree in economics, he served as a Line Officer in the United States Navy. After his release from active duty in 1959, he joined Blyth & Co. as an investment banker in its Municipal Finance group. In 1972 he moved to Lazard Freres & Co. as a General Partner and retired as a Managing Director at the end of 2005. He subsequently assumed control of Capital Markets at Lazard for corporate, government, and municipal securities. He is currently a Founding Partner and Chairman of Castleton Partners, a fixed-income investment management and advisory firm. He was Vice-Chairman of the Securities Industry Association as well as a Director. He was also Director of the Bond Market Association.

Tamagni has long been involved in philanthropic causes. He is also a Trustee of the Orchestra of St. Luke’s and an overseer of the Hood Museum of Art at Dartmouth College. He is a former Trustee of Overlook Hospital in Summit, New Jersey and a former Overseer of the Graduate School of the New School in New York City. With his late wife Janet, to whom he was married for 52 years, he collected American paintings of the mid-nineteenth through early twentieth century.

Stephanie Ingrassia, who takes over the long-vacant position of President, studied fine arts and art history at Michigan State and the University of London, and received a B. A. from the School of Visual Arts in New York. A career in graphic design has included the design of books, magazines, newsletters, and promotional materials as well as teaching computer graphics at the School of Visual Arts. A collector of contemporary art, Ingrassia has served on the Brooklyn Museum Board since 2001. Prior to her election as President, she was a Vice Chair. She has also been a board member of BRIC Arts/Media and of Creative Time. She and her husband, Tim Ingrassia, and their four children live in Brooklyn.