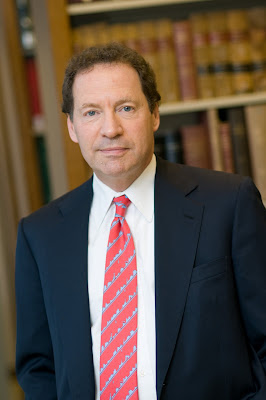 The Olana Partnership has elected Richard Sharp as Chair of the Board of Trustees at its annual meeting in New York City on January 29, 2011.

Mr. Sharp has been an active member of the Board since 2005, and was a driving force behind the creation of the Evelyn and Maurice Sharp Gallery which opened two years ago at Olana. He is an avid collector of nineteenth century American art and has frequently donated and loaned works in his collection to public museums. Mr. Sharp is a senior partner in the litigation department of Milbank Tweed Hadley & McCloy LLP, a leading international law firm. He received his B.A. degree, summa cum laude, from Brown University in 1970. He studied at Oxford University and the Hague Academy of International Law in 1970-1971, and received his J.D. from Yale Law School in 1979.

“Olana is unique in combining extraordinary landscape design, architecture and collections. One of my top priorities is to renew our ties to the local community, while increasing our visibility nationally and internationally.”

Stephen Clearman bought Kinderhook Farm in 2003 in Columbia County where he and his partner have established themselves as leading local producers of sustainably-raised beef cattle and sheep. Mr. Clearman started Geocapital Partners in 1984, where he managed a series of institutional venture capital partnerships. In 2002, he started Kinderhook Partners, which invests in small and little unknown publicly traded companies. His interest in Olana coincides with his interest in art and collecting, including Hudson River School paintings.

Rebecca Desman is director at Deutsche Bank (DB) and has been an integral part of the growth of DB’s U.S. sales platform in flow credit and derivatives. Rebecca graduated from Princeton University in 2001, where she received her B.A. in Political Science. She plays an active role in undergraduate and diversity recruiting at DB and sits on the Global Markets Women’s Network Advisory Committee. While working at DB, Ms. Desman earned her M.S. in Non-Profit and Fundraising Management at Columbia University. After completing her masters, she joined two major clients of DB and helped set up The Darfur Project, which provided relief supplies for refugees. She is particularly involved in and motivated by global women’s issues and is active in several global charities. She is an avid appreciator and collector of art.

Stephanie Zhang is executive director in the Technology Division of Morgan Stanley and has 19 years of experience working in the financial services industry in New York and Asia. Prior to joining Morgan Stanley, Ms. Zhang worked in EJV Partners to help build out their data center operations. Since 2001, she has focused on building a set of technical solutions and processes in the area of Identity and Access Management for the global Morgan Stanley enterprise.

Ms. Zhang has travelled extensively in Asia, Europe and the Americas. She enjoys the diversity of New York City and takes advantage of its many cultural opportunities- her hobbies include jewelry-making, painting, photography, modern dance, and performance art. She holds a B.A in Computer Science and Statistics from the University of Wisconsin/Madison.

One thought on “Olana Partnership Elects New Chair, Board Members”