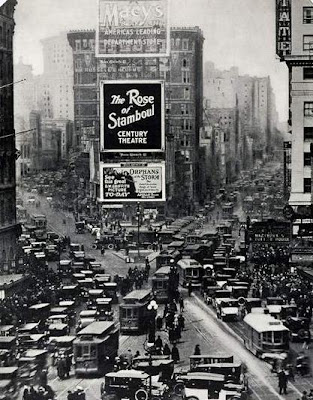 The New-York Historical Society is soliciting digital photographs of contemporary Times Square from West 42nd to 47th Streets at Broadway or Seventh Avenue. Photographers are encouraged to share their perspective on historic Times Square in New York City by submitting photos taken between November 21, 2010 to March 31, 2011

Photographers should look to capture exterior architecture, outdoor portraits, group snapshots, billboards and advertisements and interior images of notable area buildings. Everyone, from serious amateur photographers to tourists are invited to submit photographs.

Photograph submissions should be sent to photos@nyhistory.org in either GIF, JPG, or PNG format, and be at least 1,200 x 1,500 pixels *or 8” by 10”. Include the photographer’s name so work can be attributed. Complete submission guidelines are online.