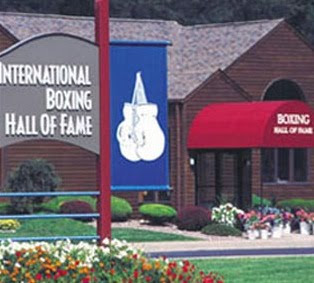 The 22nd Annual Hall of Fame Weekend is scheduled for June 9-12th in Canastota, NY. Over 20 events, including a golf tournament, banquet, parade and autograph card show, are planned. An impressive celebrity lineup of boxing greats of yesterday and today will attend this year’s Induction Weekend. The highlight of the weekend will be the Official Enshrinement Ceremony on the Hall of Fame Museum Grounds in Canastota, New York on Sunday, June 12th to welcome the newest members.

The Hall of Fame also released names of posthumous honorees: bantamweight Memphis Pal Moore, light heavyweight champion Jack Root and welterweight and middleweight Dave Shade in the Old-Timer Category- promoter A.F. Bettinson in the Non Participant Category- broadcaster Harry Carpenter in the Observer Category- and John Gully in the Pioneer Category. Inductees were voted in by members of the Boxing Writers Association and a panel of international boxing historians.