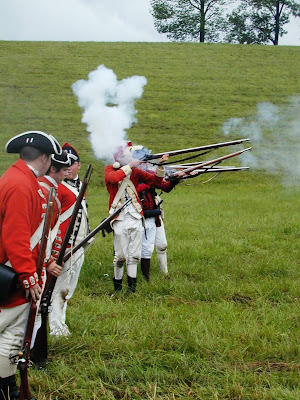 The increase would have been even bigger had the state not been forced to close one site due to construction activity- when adjusted for that, the total attendance at the remaining sites was up six percent.

“We had a number of interactive and innovative special events at the sites – like the star-gazing at the Hubbardton Battlefield – that really appealed to families,” said John Dumville, historic sites operations chief at the Vermont Division for Historic Preservation. “And we also expanded our efforts to publicize them, including radio ads in partnership with the Tourism Department and on Facebook.”

Attendance figures at the two most popular sites – the Bennington Battle Monument and the President Calvin Coolidge site in Plymouth Notch – were up 7 and 8 percent respectively.

The iconic monument – which also opens earlier and stays open later than the other sites – recorded 35,030 visits, while the Coolidge site saw 21,502 people stop in, including a crowd of over 700 people at the grand opening of the new President Coolidge Museum and Education Center in August.

The attendance increase is especially impressive, Dumville said, because the Chimney Point State site in Addison was closed on June 14 over safety concerns caused by the reconstruction of the adjacent Champlain Bridge, which was closed due to structural problems in October 2009 and was demolished using explosives in December, 2009.

That resulted in only 143 visitors to the site between its opening over the Memorial Day weekend and its closure, compared to nearly 3,000 who went to Chimney Point during 2009.

Dumville said officials were hoping to re-open the Chimney Point site for the 2011 season, but would have to evaluate the status of the Champlain Bridge reconstruction in the spring, adding, “Obviously, the safety of the public has to come first.”

The final event of 2010 is the Holiday Open House at the Coolidge site on December 11, which Dumville said is “always very popular.”

For more information, visit www.HistoricVermont.org/sites or visit the sites on Facebook at http://www.facebook.com/#!/pages/Montpelier-VT/Vermont-State-Historic-Sites/312675181273