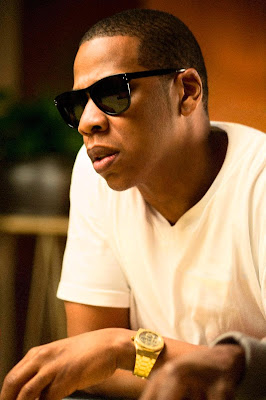 In a rare interview, multi-platinum, 10-time Grammy Award-winning artist and icon JAY-Z will speak with Charlie Rose, executive editor and anchor of the Charlie Rose Show, before a live audience in the Iris and B. Gerald Cantor Auditorium at the Brooklyn Museum on Thursday, November 18, at 7 p.m. The conversation, which will be taped to air nationwide at a later date on the Charlie Rose program, will focus on JAY-Z’s book DECODED, to be published on November 16 by Spiegel & Grau, a Random House imprint. DECODED recounts JAY-Z’s life from his childhood in Brooklyn’s Marcy housing projects to becoming a world-famous performer and songwriter, entrepreneur, and philanthropist.

Tickets to the event will go on sale TODAY, Wednesday, November 10, at noon. They may be purchased online at www.museumtix.com (two-ticket purchase limit for this program) or at the Brooklyn Museum Visitor Center in person. Ticket prices are $50 for the general public, older adults, and students and $45 for Brooklyn Museum Members. Become a member at www.brookklynmuseum.org/support/membership_plans.php. Ticket price includes a copy of DECODED by JAY-Z that will be provided to the patron upon admission to the program the night of the event.

Printouts of tickets will not be accepted. Patrons must check in at the will-call desk (the night of the event) at the Brooklyn Museum to receive hard copies of their tickets and must provide ID matching the name on the ticket. There will be no standby line for this event.

Decoded Book Cover In his conversation with Charlie Rose, JAY-Z will speak candidly about his journey from drug dealing to becoming one of the best known hip-hop artists of his time. He will explore issues that informed him and his songwriting, including how visual art and poetry influenced his craft, how he became involved in politics and business, and how he managed to stay true to himself in the midst of extraordinary fame.

&#8220When I first started working on this book, I told my editor that I wanted to do three important things. The first was to make the case that hip-hop lyrics-not just my lyrics, but those of every great MC-are poetry, if you look at them closely enough. The second was that I wanted the book to tell a little bit of the story of my generation, to show the context for the choices we made at a violent and chaotic crossroads in recent history. And the third piece was that I wanted the book to show how hip-hop created a way to take a very specific and powerful experience and turn it into a story that everyone in the world could feel and relate to.&#8221&#8211JAY-Z from DECODED