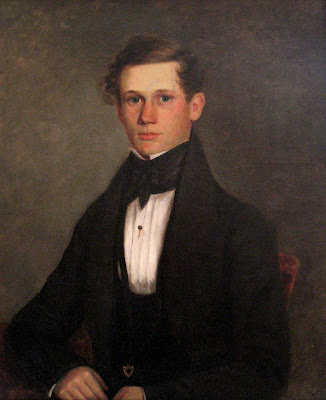 The Vanderlyn name, long associated with the Mid Hudson Valley, will be front and center at the October Second Saturdays talk at Historic Huguenot Street in New Paltz. “The Portraits of John Vanderlyn,” will be presented on Friday, October 9th at 7pm by Katherine C. Woltz, a scholar with the University of Virginia. Woltz has become a central figure as interest in Vanderlyn, an Ulster County native and one of the country’s first nationally recognized artists, has undergone a resurgence in recent years.

Born in Kingston in 1775 and educated at the Kingston Academy, John Vanderlyn was protege of statesman Aaron Burr and portrait painter Gilbert Stuart. Burr’s uncommon generosity allowed Vanderlyn to study first with Stuart in America, and then in Paris with the famous French painters Vincent and David at the e cole-des-beaux-arts. Meeting with acclaim in both Europe and the U.S., he was perhaps the first American artist to gain an international reputation and following.

Woltz is currently working on a book about Vanderlyn and will be featured at “Appraising Art, Re-Appraising Vanderlyn,” a special forum being offered by the Senate House State Historic Site in Kingston later this month.

The talk will be offered in the newly reopened LeFevre House. The museum house now features a portrait gallery. Currently on exhibit is “An Excellent Likeness,” a selection of portraits from the permanent collection of Historic Huguenot Street. “An Excellent Likeness” includes several portraits attributed to John Vanderlyn Jr. The LeFevre House is located at 54 Huguenot Street in downtown New Paltz. Parking is available in municipal parking lot across the street. There is an $8 charge ($6 for Friends of Huguenot Street). For more information, visit www.huguenotstreet.org or call (845) 255-1889.