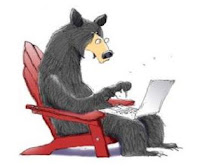 If you have an interest in Adirondack history, culture, or outdoor recreation, take a look at Adirondack Almanack. I began the site in 2005 and it is now the leading online newsmagazine of the Adirondack North Country region. Over the past two years the site has grown considerably and is now the work of 20 contributors, mostly veteran local historians, writers, journalists, and editors and includes media professionals from local radio, magazines, and newspapers.

The Adirondacks is home to the largest park and the largest state-level protected area in the contiguous United States (it’s also the largest National Historic Landmark). The park is over 6 million acres in size (that makes it bigger than Vermont, or Yellowstone, Yosemite, Grand Canyon, Glacier, and Great Smoky Mountains National Parks combined.

However, about half the land is publicly owned and the rest privately owned, including several villages. That mix of public and private land makes the Park a unique are and fodder for some heated discussions over sustainable development, wilderness, environmental and outdoor recreation issues. I felt strongly that local news media was not fully representing the variety of perspectives on these important issues, that’s why I started the site.

However, we cover a lot of Adirodnack History. So have a look.