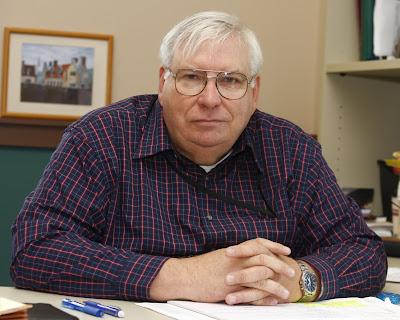 Fort Ticonderoga has announced the appointment of Dr. Carl R. Crego, CFA, as Chief Financial Officer according to Beth Hill, Executive Director. “Carl brings a tremendous knowledge base of finance and accounting to Fort Ticonderoga as well as a deep passion for the Fort’s history,” Hill Said in a press release issued this week.

Fort Ticonderoga has been suffering financially in recent years following the withdrawal of a major contributor.

As Chief Financial Officer, Dr. Crego will be responsible for Fort Ticonderoga’s financial administration including the development of finance strategies and activities, financial operations, planning, accounting and administration.

Dr. Crego received his MBA and PhD, from the George Washington University and taught undergraduate and graduate finance courses at Pace University for 7 academic years. He received the Kenan Award for Teaching Excellence after only three years of teaching at Pace. Dr. Crego successfully received tenure in the sixth year at Pace. In the following year, he took leave of absence to join New York Society of Security Analysts (NYSSA) as Educational Consultant. Dr. Crego was one of the most popular instructors at NYSSA and has helped develop their education program exponentially from short preview class to a full range of continuing education and review courses, including the popular CFA review program. Prior to beginning his academic career, he served for 6 years as Vice President for Rinfret Associates, an international economic intelligence firm headed by prominent economist Pierre Rinfret. He was involved with risk analysis studies whose content he then presented to clients. Most recently, Dr. Crego has served as an instructor for Kaplan Financial in Hong Kong.

Dr. Crego has been a long time supporter of Fort Ticonderoga. His volunteer support includes working with collections, events and membership recruitment. He is also the author of the book Fort Ticonderoga, the history based on postcard images published in 2004 and is currently working on a biography of Colonel Robert M. Thompson, the man who financed the restoration of Fort Ticonderoga in 1909.