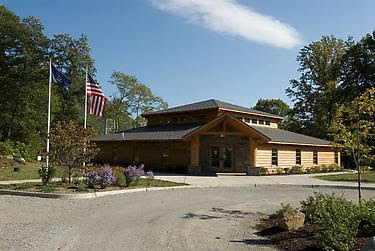 Claudius Smith was a controversial figure during the American Revolution, hailed by some as a champion of charity, but eventually hung by others as a thief and a profiteer. Come to your own verdict after author Patricia Edwards Clyne’s, evening lecture “Claudius Smith: Revolutionary Rogue or Robin Hood”- Patricia Edwards Clyne is the author of Hudson Valley Faces and Places- Hudson Valley Tales and Trails- and Caves For Kids in Historic New York. Book sale and signing to follow lecture.

Our Patriot forefathers are often remembered, but what about the day’s conservatives, the loyalists? Learn more about those that decided not to rebel and their military campaign against Forts Montgomery and Clinton. Evening Lecture by Todd Braistead, loyalist scholar, and member of the 4th battalion, New Jersey Volunteers.

Join Linda Zimmerman, author and ghost hunter, on a tour of some the valley’s most haunted historic places! In addition to hearing about Linda’s latest investigations, find out what Linda discovered during her investigation of Fort Montgomery! Book sale and signing to follow lecture.

Roger Lamb was one of over 50,000 British soldiers who served in the American Revolution. During his eight years in America he served in two major campaigns, was captured twice, and twice escaped captivity to rejoin the British Army. This is his story as told by Historian, Don Hagist. Slide Presentation followed by book sale and signing.