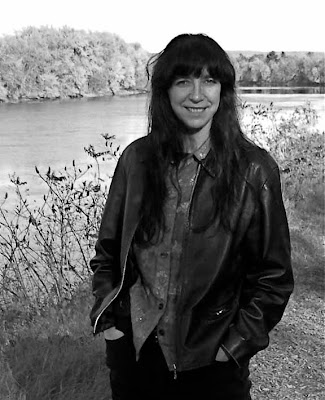 During the nineteenth century, a number of Adirondack Indians marketed their skill as hunters, guides, basket makers, doctors, and cooks.

On Monday, July 5, 2010 Dr. Marge Bruchac will offer a program entitled &#8220Venison and Potato Chips: Native Foodways in the Adirondacks&#8221 at the Adirondack Museum in Blue Mountain Lake. Bruchac will focus attention on what might be a lesser-known Native skill &#8211 cooking.

The first offering of the season for the museum’s Monday Evening Lecture series, the presentation will be held in the Auditorium at 7:30 p.m. There is no charge for museum members. Admission is $5.00 for non-members.

Nineteenth century white tourists paid good money to purchase wild game from Native people, to hunt in their territories, to buy medicines and remedies, and to eat in restaurants or lodgings where Indians held sway in the kitchen.

Dr. Bruchac will highlight stories of individuals such as Pete Francis, notorious for hunting wild game and creating French cuisine- George Speck and Katie Wicks, both cooks at Moon’s Lake House and co-inventors of the potato chip- and Emma Camp Mead, proprietress of the Adirondack House, Indian Lake, N.Y., known for setting an exceptionally fine table.

Bruchac contends that these people, and others like them, actively purveyed and shaped the appetite for uniquely American foods steeped in Indigenous foodways.

The Adirondack Museum celebrates food, drink, and the pleasures of eating in the Adirondack Park this year with a new exhibition, &#8220Let’s Eat! Adirondack Food Traditions.&#8221 The exhibit includes a 1915 photograph of Emma Mead as well as her hand-written recipes for &#8220Green Tomato Pickles&#8221 and &#8220Cranberry Puffs.&#8221

Marge Bruchac, PhD, is a preeminent Abenaki historian. A scholar, performer, and historical consultant on the Abenaki and other Northeastern native peoples, Bruchac lectures and performs widely for schools, museums, and historical societies. Her 2006 book for children about the French and Indian War, Malian’s Song, was selected as an Editor’s Choice by The New York Times and was the winner of the American Folklore Society’s Aesop Award.