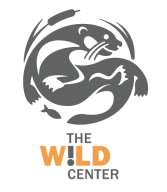 The Wild Center, the innovative natural history museum in the Adirondacks, demonstrated its commitment again to sustainable practices by making components of the building part of the exhibition. A new heating and hot water systems, fueled by renewable resources and part of the ‘New Path’ exhibition, will explore and test the technology that decreases our dependence on fossil fuels. First announced in July 2009, the highly efficient wood pellet boiler is integrated with a solar hot water system that will supply much of the hot water required to heat the 54,000-square-foot facility in Tupper Lake.

The new boiler system is the first highly efficient, commercial-sized, gasification wood-pellet boiler of its kind and size manufactured and installed in New York State. Additionally, the solar hot water collection system is the first of its kind used in a commercial application in the Adirondack region. The project just won the Best Building Integrated/Innovative category in the 6KC Awards, recognizing the best and brightest solar projects and industry champions in the Empire State, by the New York Solar Energy Industries Association (NYSEIA).

The project is supported by a $350,000 contract award by the New York State Energy Research and Development Authority (NYSERDA) in response to a competitive solicitation, “Energy and Environmental Performance of High-Efficiency Wood-fired Heating Equipment.” Francis J. Murray, Jr., NYSERDA President and CEO, noted NYSERDA’s interest in this demonstration installation: “We commend The Wild Center for its commitment to incorporating renewable energy into its operations. Their use of pioneering made-in-New York technology will help promote high-efficiency, renewable-fuel boilers that reduce harmful emissions, burn local fuel, and further New York’s efforts to reduce our dependence on fossil fuels, while helping to build New York’s clean energy economy. We look forward to the installation’s benefits, savings and economic efficiency,” he said.

A key component of the project is that Clarkson University will conduct a rigorous scientific evaluation of the energy-efficiency and emissions performance of the boiler as well as the integrated heating system and report its findings to NYSERDA. It is anticipated that this evaluation will provide objective scientific information to be used by decision makers developing renewable energy strategies. It will also serve as a model for others looking to evaluate ways to heat with renewable fuels in an efficient manner.

“We are eager to see the results of Clarkson’s evaluation,” said Stephanie Ratcliffe, Executive Director of The Wild Center. “We know that since the system has been online our propane consumption has decreased, but we’re very interested to see how much of our heating and hot water needs will be met by this system. Positive results could prove to be immensely beneficial for the Adirondacks, New York State and the country, encouraging others to implement similar technology.”

The Wild Center is the first museum in New York to receive a LEED certification, with a Silver distinction, from the United States Green Building Council (USGBC). The LEED standard is considered to be the international benchmark for green building. In selecting The Wild Center as the site for this project, backers pointed to the Center’s position as a leader in sustainable operational practices.

The successful installation and usage of the boiler system has the potential for a positive economic impact on the Adirondacks. By harvesting the “waste” in logging and sawmill operations to create wood pellets and then selling that back to local institutions the money that is currently sent abroad for the purchase of fossil fuels is kept in the Adirondacks where it can potentially lead to job creation.

The 1.7 million BTU boiler unit is in The Wild Center’s basement boiler room, next to the Museum’s existing propane boiler. The pellets are stored in an outdoor recycled shipping container next to the Administration wing of the Museum. The storage vessel also supports the solar thermal array to preheat water for the system. Pellets are augured through a series of pipes into the basement and directly into the boiler. Hot water from the solar thermal array is piped into the boiler through underground pipes.

The Wild Center’s high rate of visitation means the new project will be explained to a large audience that will be able to see the heating technology up close. Visitors will be able to see the pellets on their journey from the storage vessel to the boiler. The interpretation of the system will be added to the Museum’s ‘New Path’ Exhibit, which showcases elements of green design and how these features benefit the health of the human and natural world.