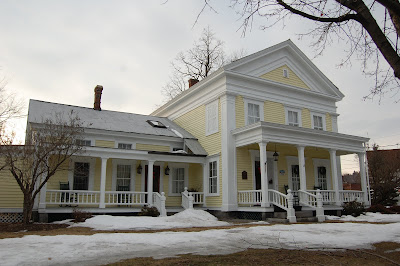 After lunch, the group will walk around the village to look at buildings that exemplify a range of architectural styles from the 19th and early 20th centuries. The walking tour ends around 4 p.m. The fee is $30 for AARCH and Town of Chester Historical Society members and $40 for non-members. Complimentary ice cream cone will be given to all attendees, courtesy of the Main Street Ice Cream Parlor.

Adirondack Architectural Heritage (AARCH) is the private, non-profit, historic preservation organization for the Adirondack Park region. This tour is one of over fifty events in their annual series highlighting the region’s vast architectural legacy. For more information on membership and our complete program schedule contact AARCH at (518) 834-9328 or visit our website at www.aarch.org.