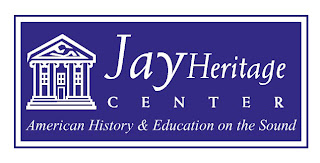 Please join me in welcoming The Jay Heritage Center (JHC) as our new sponsor for New York History. Support from advertisers like JHC helps make this site possible. If you are interested in supporting us and extending your brand through advertising targeting those interested in New York history, let us know.

Begun in the spring of 2008, New York History has already grown to be the state’s most popular online journal about New York State history. The site has become a go-to state news resource for those interested in New York history from the academic to the lay traveler and resident and for those outside the state who want to stay current on history news happening in the state, the latest books, and events and exhibits.