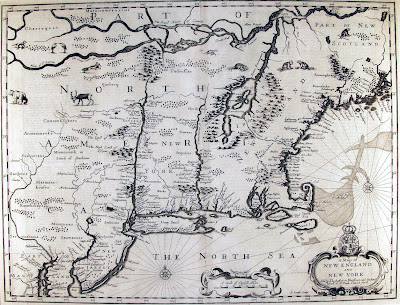 One of the most unique history projects in America, the New Netherland Project provided the documentation and inspiration for Russell Shorto’s recent best seller, The Island at the Center of the World: The Epic Story of Dutch Manhattan and the Forgotten Colony that Shaped America

Also based on the work of the New Netherland Project, the exhibit Light on New Netherland is the first to introduce adults and children to the scope of the 17th century colony of New Netherland. Previously on view at the State Museum in Albany, the exhibit will tour the regions once encompassed by New Netherland, appearing at venues to include the GaGa Arts Center in West Haverstraw, New York- the Museum of Connecticut History at the Connecticut State Library in Hartford- the Society for the Preservation of Long Island Antiquities in Cold Spring Harbor, New York- Federal Hall in Manhattan- and the FDR Library and Museum in Hyde Park, New York.

further explores the history of America’s earliest colony with a collection of twelve essays. Designed to appeal to a general audience and scholars alike, the book features an opening chapter by Russell Shorto, author of The Island at the Center of the World: the Epic Story of Dutch Manhattan & the Forgotten Colony that Shaped America. The book was published by the New Netherland Institute and Mount Ida Press in April 2009.

One thought on “New Netherland Project Featured in New Documentary”