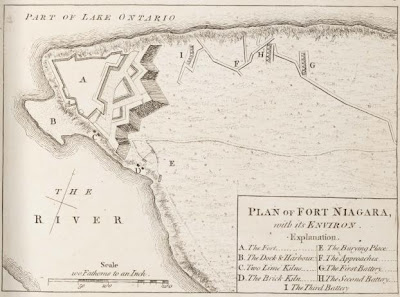 On July 3-5, more than 2,300 historic reenactors will bring the 250th anniversary of the French and Indian War to life at Old Fort Niagara in Youngstown, NY. Hosts of authentically-costumed 18th century British and French soldiers and American Indian warriors will recreate historic encampments and the “Siege of Fort Niagara” of July 1759. The activities include land battles and drills, ships, historically authentic games for the children, and an artillery bombardment with fireworks.

The collection of Old Fort Niagara’s military architecture includes the oldest building in the Great Lakes region &#8211 the “French Castle.” The fort is a New York State and National Historic Landmark site that overlooks Lake Ontario, which played a strategic role in the French and Indian War and the War of 1812.

The best way to reach the big event that is the 2009 “Signature Event” of the New York State 250th French and Indian War Anniversary Commemoration Commission is to follow one of America’s Byways, the 518-mile Great Lakes Seaway Trail that parallels New York and Pennsylvania’s freshwater shorelines.

The swift waterways and footpaths of power along the St. Lawrence River, Lake Ontario, Niagara River and Lake Erie in New York and Pennsylvania helped decide the outcome of the French & Indian War. A journey along the Great Lakes Seaway Trail offers an authentic American experience of the landscapes of history, well-kept military architecture, battlefields and waterfront staging areas. This byway is also home to two Indian Nations that maintain their distinct cultural traditions.