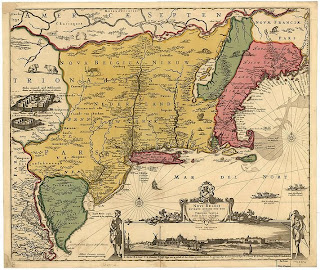 The organizers invite submissions of papers for an international conference, &#8220Cities in Revolt: The Dutch-American Atlantic, ca. 1650-1830&#8243- to be held November 13-14, 2009, at Columbia University. Ranging from the conquest of New Amsterdam to the presidency of Martin van Buren, the conference aims to document the continuous and fruitful political exchanges that took place in the long eighteenth century between the Dutch Republic and empire on the one hand and British North America and the United States on the other.

Among the key conference aims are to examine the political consequences of trans-Atlantic commercial linkages and the impact of the American Revolution on Dutch patriots. The keynote address will be given by Professor Jonathan Israel of the Institute for Advanced Study.

Papers proposed should be approximately 20 minutes in length. Submissions on any topic relevant to the conference topic and aims will be gladly accepted, however the organizers would particularly welcome submissions relating to: