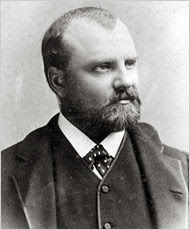 
The beginnings of mountaineering in America have to be looked for mainly in early histories and narratives of travel, though the first ascent in the Canadian Rockies is chronicled in the supplement to a botanical magazine. The first magazine article upon American mountains seems to be Jeremy Belknap&#8216-s account of the White Mountains, printed in the American Magazine in Philadelphia in February, 1788. The first book was Joel T. Headley’s The Adirondack