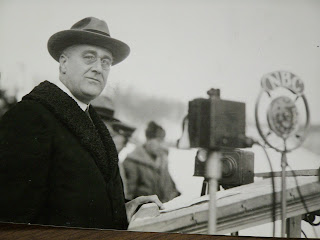 One of the blogs I follow here at New York History is Michael Lorenzen’s American Presidents blog. he recently took a trip to New York and posted a three-part blog on the Roosevelt sites:

Part Three &#8211 was a visit to the FDR Presidential Library and Museum in Hyde Park.