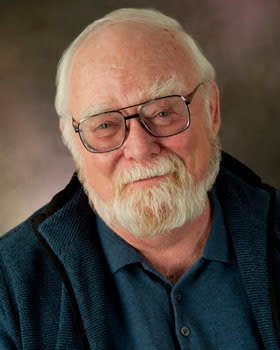 A panel of railroad scholars and buffs will give a presentation on “Railroads in Cortland County: Past, Present and Future” from 8-9:45 a.m. on Thursday, Oct. 1, in SUNY Cortland’s Park Center Hall of Fame Room. Sponsored by the President’s Office and the College’s Center for Educational Exchange (CEE), the community roundtable is free and open to the public. Refreshments will be served at 7:45 a.m.

All Community Roundtables are recorded and available as Webcasts on SUNY Cortland’s central Webcasting page at cortland.edu/webcast.

This special, extended roundtable will explore the historical uses of rail service in this area as well as current and potential tourist destination opportunities. The speakers will include Sharon Todd, an associate professor of recreation, parks and leisure studies at SUNY Cortland, and Tom Trencansky, executive director of the Cayuga Nature Center.

Following the discussion, Vince Minnella, director emeritus of instructional resources at SUNY Cortland, will briefly introduce and then show the popular, 30-minute locally produced video, “That Lonesome Whistle: The Railroads of Cortland County,” to attendees who wish to stay beyond the usual ending time of 9 a.m.

The history of railroads in Central New York is rich and varied. Even decades after the railroad industry’s decline, a variety of small tourist train operations have continued intermittently in this region.

Todd will summarize results of a two-year study completed for the New York State Department of Economic Development by students in the Recreation, Parks and Leisure Studies Department at SUNY Cortland. The study explores the extent to which citizens would support and use a local tourist excursion train between Binghamton, N.Y., and Cortland. Todd will share results from a survey about ridership on the Central New York Maple Festival train, and ideas for other excursion trains and their psychological, economic, educational and community benefits.

Trencansky, a photographer of trains and railroads and the founder of the Cornell Railroad Historical Society, will share an entertaining musical presentation that highlights the scenes and long history of New York state and Cortland County railroads.

“That Lonesome Whistle” was produced by the Sperry Learning Resources Center in 1979 as a project supported by a SUNY Faculty Grant for the Improvement of Undergraduate Instruction.

A nostalgic look back at the rich history of railroads in Cortland County, the video highlights the vitality and economic impact of freight and passenger travel from the 1850s through the 1900s and on to its decline following World War II. Archival photographs take the viewer to the thriving passenger stations on Central Avenue and South Avenue. They will enjoy a virtual ride on the Cortland-Homer Horse Railway, which after becoming the Cortland and Homer Traction Company extended from South Avenue in the city to Little York in Preble.

Minnella, who produced and wrote the video script, was associate director of the Sperry Center when the video was taped. Marcia Carlson, SUNY Cortland professor emerita of recreation and leisure studies, directed the video with the help students in her Recreation Administration class. Morris Bogard, SUNY Cortland associate vice president emeritus for academic affairs, narrated the film.

Historian Alan Singer, a professor of education at Hofstra University, will address &#8220Time to Teach the Truth: The History of Slavery in New York State,&#8221 during a daylong series of talks and workshops at SUNY Cortland and at Cortland Junior-Senior High School on Wednesday, March 4.

&#8220Most Americans are aware of the more than two century-long history of slavery in our country,&#8221 explained Keith Smith, director of the Educational Opportunity Program and one of the event organizers. &#8220Most, however, consider slavery to have been limited to the South. Dr. Singer is an expert on the many facets of slavery in the Empire State, and how to teach about them. He is eager to discuss his work with colleagues and students.&#8221

A drop-in discussion session will be held between 9:30-11:30 a.m. in Old Main, Room 127, for any educators, would-be educators, and others interested in conversing with Singer and viewing his teaching materials. Singer will speak on the history of slavery in New York state during a sandwich seminar, which is free and open to the public, at 12:30 p.m. in Brockway Hall Jacobus Lounge.

He will conduct a workshop on teaching about slavery from 3-4 p.m. at Cortland Junior-Senior High School. For information about attending that event, please contact Karen Hempson, coordinator of the Professional Development School, a SUNY Cortland-Cortland Public Schools initiative, at (607) 753-4209 or by e-mail at: karen.hempson@cortland.edu.

At the Hofstra University School of Education and Allied Human Services, Singer is a professor of secondary education and the director of social studies education. A former New York City high school social studies teacher, he is editor of Social Science Docket, a joint publication of the New York State and New Jersey Councils for the Social Studies. His books include New York and Slavery, Time to Teach the Truth and Social Studies for Secondary Schools (Lawrence Erlbaum and Associates, 2nd edition, 2003).

Singer, who earned a Ph.D. in U.S. history from Rutgers University, is the author and editor of New York and Slavery: Complicity and Resistance, a 268-page secondary school curriculum guide.

The daylong events are being sponsored by a combination of College and community groups. The College sponsors are: Africana Studies Department- Center for Gender and Multicultural Studies- Dean of Arts and Sciences Office- Dean of Education Office- Education Club- Educational Opportunity Program- History Department- President’s Office and the Provost’s Office. The community sponsors include the Cortland Junior-Senior High School Department of Social Studies, the Professional Development School, and the Wilkins Foundation.