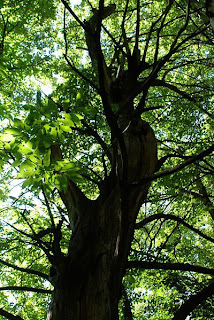 
Faced with a dwindling endowment, the members-only G & B, as it is known, sold its four-story building on East 58th Street in Midtown Manhattan last year for $24 million. It bought an office condominium in Midtown where it will now focus on grant-giving, tours, lectures and other means of encouraging genealogical research. One of the first grants was about $1 million to the library for a four-person staff to process and catalog the G & B collection within two years.


Looks like the present total membership of the G&B of 15 members, made an unrecoverable decision. If you are a former member and donated your time, money, effort, books and manuscripts to the G&B because you thought that they would be there forever, guess what? When you voted your rights away and became former members it was all over.


The NYPL’s genealogy collection &#8211 more formally called: The Irma and Paul Milstein Division of United States History, Local History and Genealogy has long been known for its strong collection of research materials gathered for over a century &#8211 from the founding of the NYPL in 1848.


1 &#8211 Put the NYG&BS catalog on their web site &#8211 either as part of the current NYPL catalog or as a separate catalog until the NYG&BS material can be integrated into the NYPL catalog. That way, researchers in the genealogy world can identify records of interest to be searched.


G&B was founded in 1869 and moved into the recently sold building in 1929. Early members were interested in 17th-18th century Dutch and English roots. Holdings include censuses, deeds, baptisms, births, deaths and wills. However, after WWII, the group had almost disappeared with members conflicted about its direction, despite the increasing popularity of genealogy following the major impact of &#8220Roots,&#8221 Ellis Island’s restoration and database, and commercial websites devoted to family history.

Check out Jeremiah Moss’s &#8220ongoing obituary for my dying city&#8221 Vanishing New York, subtitled &#8220The Book of Lamentations: A Bitterly Nostalgic Look at a City in The Process of Going Extinct.&#8221

A second blog, Brooks of Sheffield’s Lost City, declares itself &#8220A running Jeremiad on the vestiges of Old New York as they are steamrolled under or threatened by the currently ruthless real estate market and the City Fathers’ disregard for Gotham’s historical and cultural fabric.&#8221

Both are worth a read, and can be found at our blogroll at right.

If you have tips for the New York History Blog about relevant blogs, sites, events, or news, drop us a note via our e-mail address at right.